TCC is a telecommunications company in West Central Wisconsin offering Internet, Cable TV, and Phone services in a rural area.  We are “Gig Certified” and were designated a “Smart Rural Community” by the NTCA — The Rural Broadband Association.

Our Mission Statement:  “It shall be the mission of the Tri-County Communications Cooperative, Inc. to provide dependable services to its members at the lowest cost consistent with sound economy and good management.”

Here is our serving area.  Click/touch map for larger view. Tri-County Telephone Cooperative was formed to provide telephone service to Eleva, Independence, Pigeon Falls, Pleasantville, and Northfield. On March 1, 1966, 180 subscribers in our Northfield Exchange started to use their new one-party dial service. This is the first all one-party system in the State of Wisconsin and one of very few in the nation!

Invested in the cellular interests in our serving area, which at the time was Cellulink. Over the years, this investment has paid off many times over in fees and royalties from cellular companies whose customers utilize our towers and network. 100% DSL access in all six telephone exchanges. We were one of very few telephone companies with Internet service in Wisconsin offering DSL access to 100% of our access lines. Without additional equipment and electronics, DSL is distance-limited in its reach from the phone office. In true cooperative spirit, we wanted to offer access to the same service to all of our customers, regardless of distance from our phone offices.

Tri-County Telephone and WWCC, after years of working together, officially merged to become Tri-County Communications Cooperative (“TCC”). A single, merged company could be more efficient and function as a team than two companies just “working together”. 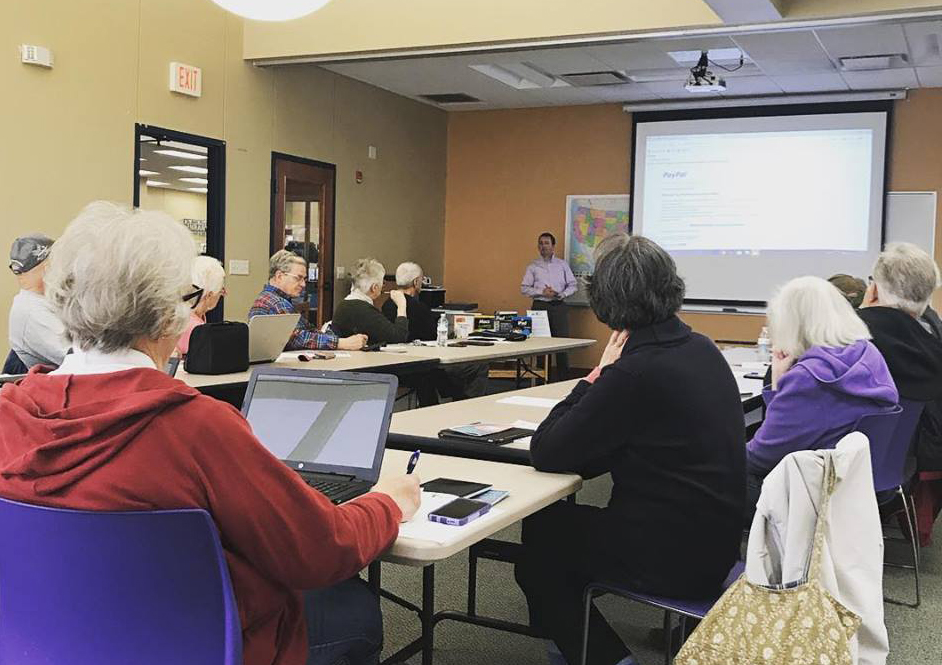 Started “Fiber-To-The-Home”project of installing and connecting “fiber optic” lines to all homes in our phone exchanges. Fiber optic lines send data as light pulsing through tiny glass tubes. Fiber carries more data at faster speeds (by far) than existing technologies, allowing us to have better capacity for services and Internet speeds both now and for the future. Fiber also eliminates our need to provide and maintain separate lines for phone and cable tv services to the same location. 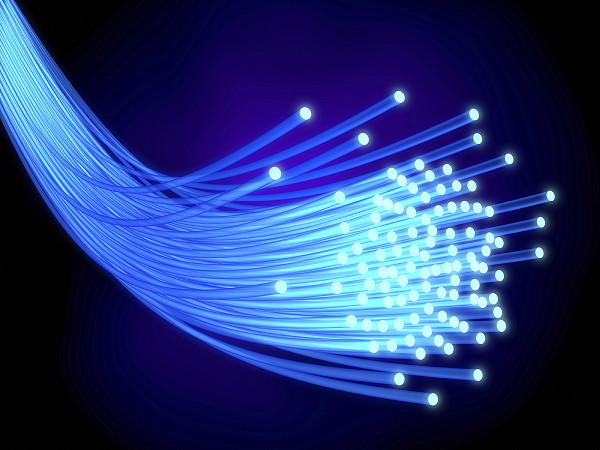 Smart Rural Community Award. Our company and our serving area was designated a Smart Rural Community by NTCA – The Rural Broadband Association, for our recent and ongoing efforts to improve the data network and overall technology culture in our area. This designation is an affirmation by a national organization and by our peers in the telecommunications industry of our efforts to improve the network and technology in the areas we serve. For our communities, it is a “badge of distinction” among other communities of having a solid network for fast internet, cable tv and telephone services.

TCC was “GIG Certified” by NTCA – The Rural Broadband Association. This means our network was tested and was certified capable of speeds up to 1 Gigabit per second (Gbps). One Gigabit per second is 1,000 times faster than 1 Megabit per second. Being “GIG Certified” sets us apart from other providers who cannot offer speeds like this. It also sets our communities apart from other communities that do not have a provider capable of speeds up to 1 Gbps, which may help attract people and businesses to our area. TCC became the first in the State of Wisconsin to officially offer and train a Broadband Technical Apprentice. TCC partnered with the Department of Workforce Development, Wisconsin State Telecommunications Association, and Wisconsin Indianhead Technical College (WITC) to create this exciting new apprenticeship. Our very own Cody Moen was the first apprentice in this program. 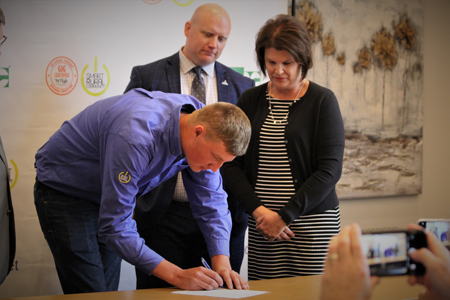 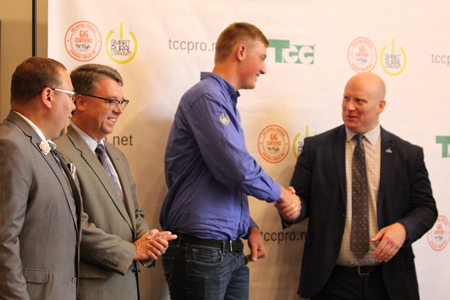 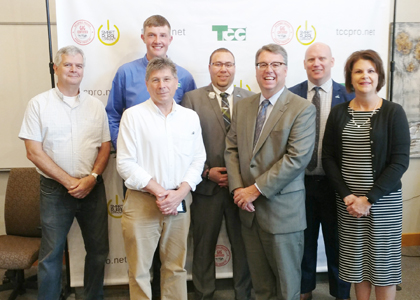 TCC offered our first online class via Zoom.  Being unable to meet in person, TCC opted to work with Western Technical College in Independence and La Crosse to offer a free class over video chat service, Zoom.  The class topic was “Technology and Your Health” and had 36 participants.  We felt the class was a success and will look to offer more online classes in the future.

Began extending our services to the town of Drammen and Newcomb Valley outside Arcadia.  We applied for and were approved for a grant to plow fiber to the homes in those townships.  This is exciting news for TCC and the residents of those townships who will be able to access services and bandwidth they’ve never had before! 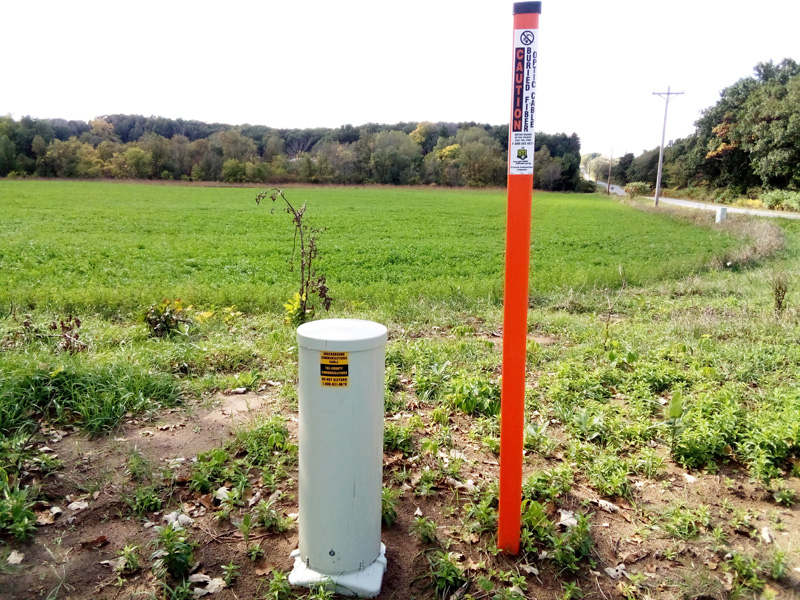 We continued our expansion into the town of Alma south of Merrillan and the town of Pleasant Valley between Eleva and Mondovi.  That makes four expansion areas that now have access to TCC Internet, TV, and Phone services! 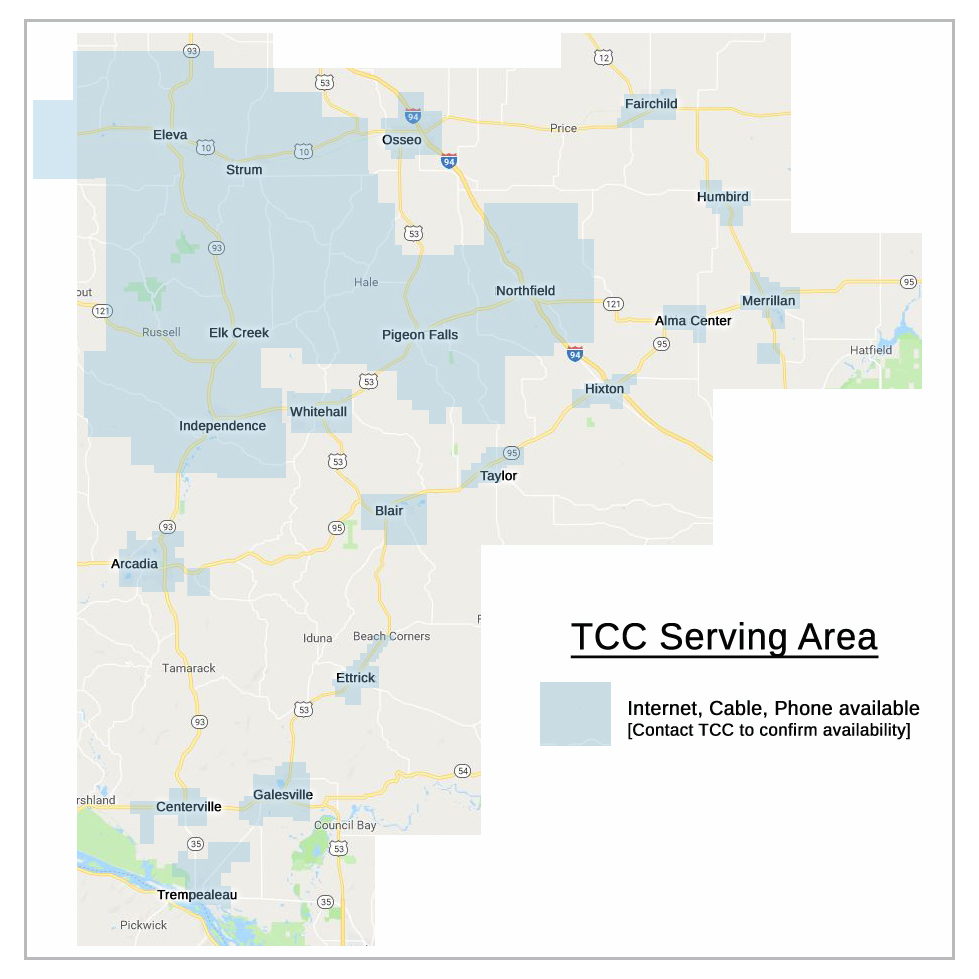 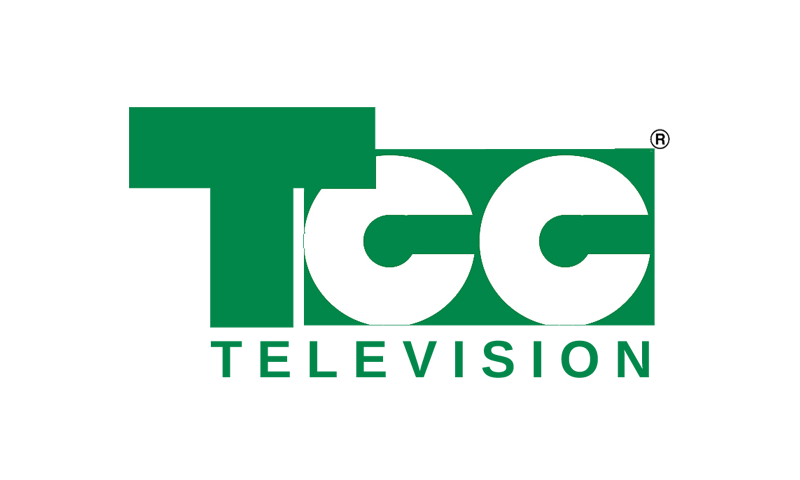