In this article, we’re going to look at smartwatches — what they are, what they do, who uses them, and the differences between them. If you’ve been thinking about a smartwatch or would just like to learn more about them, then keep reading! 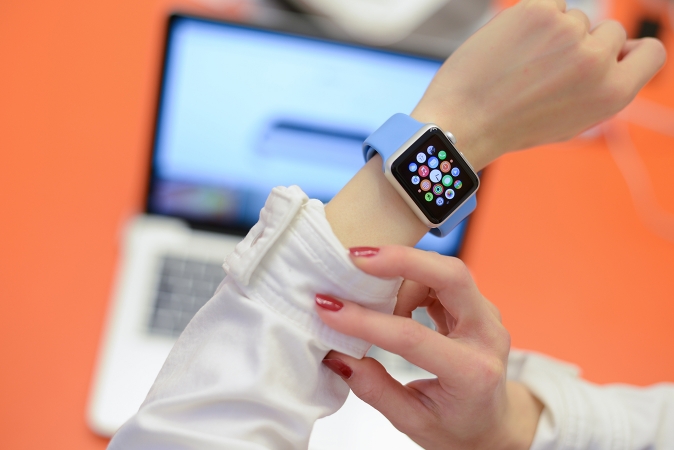 A smartwatch is a watch that offers features like a smartphone and that can sync or pair with your phone so you can access information on your smartphone directly through your watch. It’s the watch that we used to see in science-fiction shows and futuristic cartoons where people would communicate through their wristwatch. No longer just a luxury accessory for a niche market, smartwatches have become more and more popular.

What can a smartwatch do?

For starters, it is a watch and does show the time. But it can also:

Apple – The Apple Watch, from Apple, is probably the best known and most popular smartwatch.  It was one of the first smartwatches on the market and is only compatible with the very popular Apple iPhone. The Apple Watch follows the same design as their phone and tablet with a sleek design and a grid of colorful icons on the main screen for accessing the apps.

Their popularity is not just due to its pairing with their popular phone, it also is very high quality and offers a lot of features. There are several different models available, each with a different set of features and specifications. Prices for the Apple Watch typically start around $300 and can exceed $1,000.

Samsung – Samsung’s Galaxy Watch is a strong competitor to the Apple Watch. It pairs with smartphones using the Android operating system. While it is best paired with a Samsung Galaxy phone, you can pair it with other compatible Android phones. The Samsung Galaxy Watch has a round face, which some people consider more “normal watch”-like than the square face smartwatches. Being that Android phones use such a diverse, open operating system with many variations, you will want to make sure that all of the apps on your phone you would like synced on your smartwatch will, in fact, work. Prices for the Samsung Galaxy Watch also start at $300.

Fitbit – Fitbit started out as a simple “steps and stairs” tracker for exercise. It used motion sensors to track steps and flights of stairs like a basic pedometer, but in a digital, wristwatch format. Its feature list grew over the years to include heartrate monitoring, sleep tracking, GPS, and more as it turned from a “wrist pedometer” into a fully-fledged smartwatch. Those using their smartwatch primarily for fitness and health reasons may be drawn to a Fitbit for its history of being fitness-specific, for the Fitbit-compatible apps which people may already use for fitness, and for their wider range of models and prices, which start around $70.

Garmin – Garmin is one of the world-wide leaders in GPS technology. So, where Fitbit’s smartwatches started in the fitness arena, Garmin’s smartwatches started in the GPS/mapping/tracking arena. They began offering more features for fitness and health tracking and then added integration with smartphones for direct communication with your phone. Garmin is currently the only smartwatch that offers full-color, topographic map display on the watch face.

Smartwatches generally look and feel the same. They all offer stand-alone features as well as features it accesses through pairing with your smartphone. Where they mainly differ is in the specific, upper-level features they might offer and in the smartphones they are best paired with. One way to shop for a smartwatch is to first find which ones pair with your smartphone. Apple Watches are best paired with Apple iPhones, while other smartwatches work well with nearly all smartphones, provided the smartphones support the apps you wish to sync across both devices. Next, think of the features that are most important to you and see which smartwatches offer those features. Maybe you want GPS with a topographic map for hiking and trail running. Or, perhaps you want to store and play music without having your phone nearby. Or maybe you just need any smartwatch that can monitor your VO2 levels, as that’s an important statistic when you’re exercising. Such enhanced features including blood-oxygen monitoring, internal storage for music, and topographic maps are examples of high-end features only offered by a few select smartwatches.

Other than smartphone compatibility and unique features, other differences come down to screen size and layout, band material, availability of accessories, warranty, and color options.

A smartwatch may not be for everyone, but their features, ease of use, and lower prices are making them more helpful and appealing to those who hadn’t considered them before.